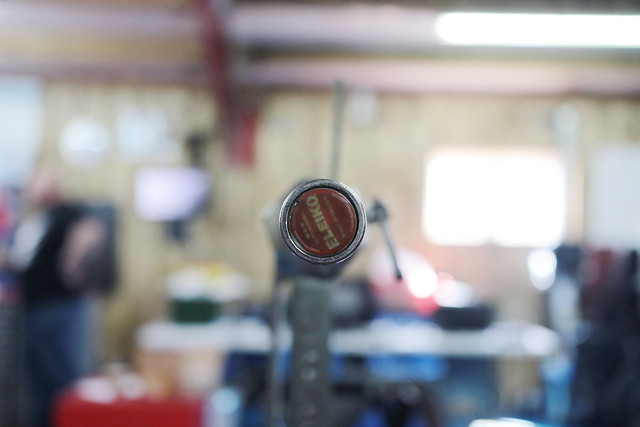 This was the very first Manchester & Merseyside and the first in our County Championship Series 2016.  UTS South Wirral hosted and looked after us well with their famous barbecue.  We also launched the new County Championships T-shirts and hoodies, designed by Helena Gregory, and they looked fantastic.

The ladies and 66kg men lifted on the Saturday afternoon and we saw quite a few new faces as well as some old friends.

We opened the competition by presenting our ever-present referee Peter Ratcliffe with his British record certificates achieved in Squat, Deadlift and Total in the M3 120+kg class at the recent British Masters.

Newcomers Munibah Makda, Steevie Pugh and Donna Bradbury were all competing with us for the first time and they all put in sterling performance, with Donna even taking divisional M1 records in each lift!  I’m sure we’ll be seeing all three of them again.

Chrystal Williams (U23/84kg) absolutely dominated in the ladies group.  Despite missing her openers on both squat and bench, Chrystal came away with a haul of 10 new NW records, 6 unofficial British records and an unofficial European junior record with a 205kg deadlift.  Chrystal also took best lifter of the day with 405.883 Wilks point and a 447.5kg total.

The 66kg men also competed on the Saturday.  Tom Chang took divisional records in bench and total on his way to victory and Henry Chay, off to the Classic World Championships in Texas in a few weeks, smashed his own divisional squat record and took silver.

The 74kg and 83kg men lifted on the Sunday morning and had to deal with the steely eye of our newest NW Referee, Kim Cowell who did a great job in her first stint in the ref’s chair.  Taylor’s Strength were present in force, fielding nearly a dozen lifters!  Ryan Molloy hit 9/9 lifts to take 3rd place and hit pbs in every lift.  Danny Taylor in his last outing as a 74kg lifter, also went 9 for 9 and hit huge pbs in every lift.  We look forward to seeing what Fat Dan can do in the 83s.  Occupying the top step of the podium was relative newcomer, Josh Wahlers who has improved his total by an impressive 15kg in the few short months since his debut.

In the 83kg class, Matt Galley and Clark Thompson were neck and neck but Clark edged ahead on deadlifts and even a deadlift pb for Matt couldn’t quite pull it back and he had to settle for 3rd place with Clark taking the silver.  James Doyle, now representing Taylor’s Strength, was comfortably ahead and had no problem taking the 1st place trophy.   James was the top male lifter on the day with 405.723 Wilks points and 602.5kg total.

Special mention to Nick Grasmeder (U18) who took divisional records and qualified for the British Championships in his first competition.   An impressive debut.

In the afternoon we had the big lads:

In the 93s, Elliot Kennedy from University of Manchester Powerlifting Club took 3rd place, showing considerable improvement across the board since we last saw him in November.  In 2nd place, we had M1 lifter Paul Constantine who hit his QT for the British Masters next year.   A considerable distance ahead of the pack was Gavin Clark, representing Strength Factory.  Gavin went 8/9 and finished more than 70kg clear of his nearest rival with a 630kg total.  One to watch for the future!

In the 105kg class, Alexander Halliwell achieved pbs in every lift to take 3rd place.  Danny Davies took silver in his first competition as a 105.  The extra timber clearly suits him with over 30kg added to his total since November!  Even with no family rivalry to spur him on, Paul Jackson took a comfortable 1st place in this class with PBs across the board.

Gary Fletcher of Taylor’s Strength showed steady progress to take silver in the 120s.  Despite some trouble on the squat, Chris Peters romped home to victory with a hatful of PBs.

A word of thanks to all the people who gave up their time (and blood and sweat, here and there!) to make this competition happen.  Referees, table crew, platform crew and everyone else who worked hard to make this a success, we salute you!

Next competition is the Lancs & Cheshire up at Intershape in Colne on 5th June.  See you there!